The deal was exactly what Botterill had said he was attempting to make all year. A deal for a young player who would offer help to the team now and in the future. I don’t expect him to take another big swing by Monday’s deadline, but I don’t think the Sabres are done.

The first order of business will be clearing out the blueline. Marco Scandella is still on IR but when he returns the Sabres will have nine defensemen on the roster. Nathan Beaulieu is expected to be moved and Andy Strickland got everyone’s attention by saying Rasmus Ristolainen was a target of the Tampa Bay Lightning. Beyond that, there may be a couple of moves to reshuffle the forward corps, but I think the Montour will be the biggest addition for the Sabres. With most of today being devoted to trimming some fat from the roster.

So what deals are we looking at? The Sabres aren’t brimming with unrestricted free agents, nor are they a true buyer, where the big name rentals would be on their radar. I suspect that a lot of the work the Sabres do today will be to chip away at the logjams at various positions, but there’s always the looming specter of another surprise. I have a few names below who I think are worth keeping an eye on as today plays out. 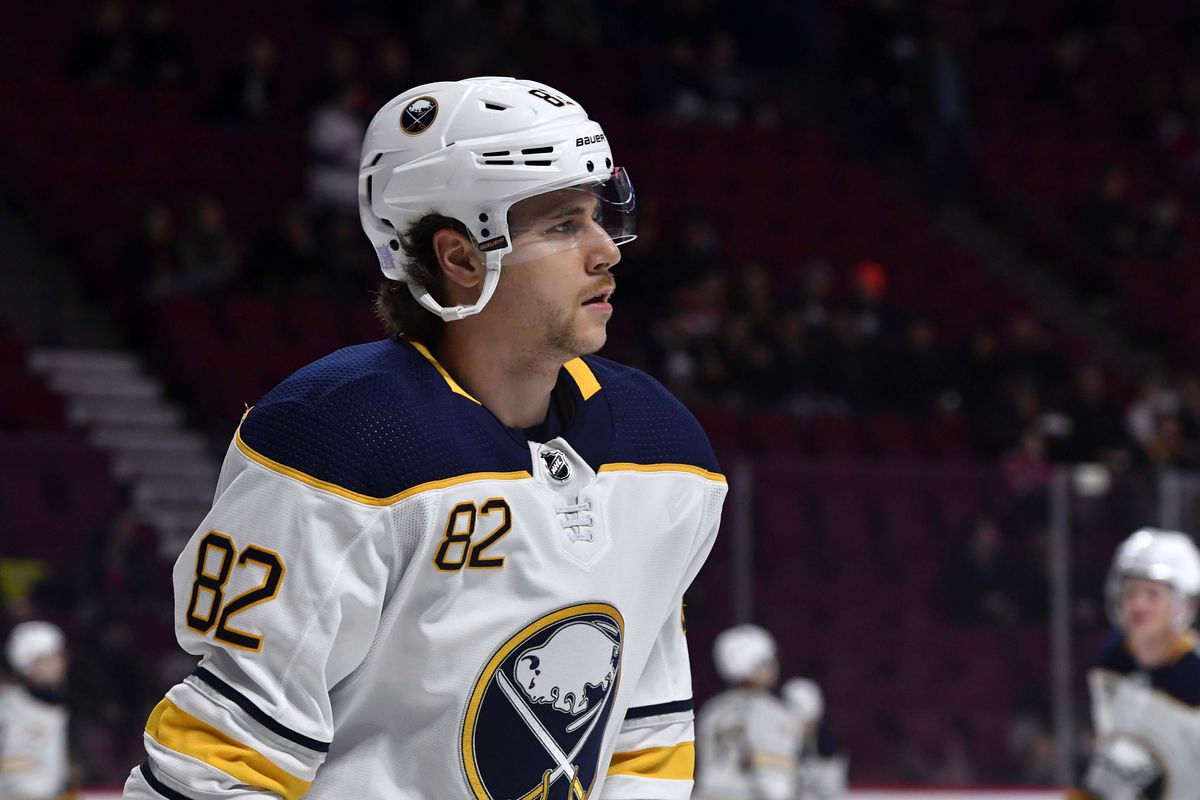 Beaulieu put in a trade request a couple of months ago and he’s spent most of the time since then in the press box. That’s too bad because he’s been pretty solid in a limited role for the Sabres and as far as their third-pair options go, he’s been a good one.

But his trade request didn’t materialize out of nowhere. He’s been unable to keep his spot in the lineup and once Scandella comes back let alone with Montour’s introduction. The market for defensemen has been kind of interesting, so I’d hesitate to assume Beaulieu will only bring back a later selection. It would still be optimistic to expect him to bring back a third, but I don’t think it’s out of the question that he might wind up landing a fourth if Botterill finds the right team.

McCabe is my darkhorse candidate for Botterill to trade. It’s a longshot but I don’t think it’s completely outside the realm of possibility. The reasons McCabe won’t be traded include his history with Phil Housley (World Junior captain) and what seems to be a growing role with the club as he’s slotted in next to Rasmus Ristolainen recently. As for why I think McCabe could move, he’s one of a plethora of left-handed defensemen in the system and probably the one not named Rasmus Dahlin who offers the most value in a trade.

If Jason Botterill found a club willing to sell a forward and McCabe provided the leverage to keep their more valuable draft picks – or even facilitated a hockey trade – it would be something I hope Botterill would dig in to. The rumors about Alex Wennberg make me think of a match with McCabe. Wennberg’s contract status and production raises some questions, but the scenario adds up as Wennberg seems to be on the outside looking in with Columbus and may be had for cheap.

Pominville is Buffalo’s only marketable UFA as Jeff Skinner will hopefully have a contract extension soon and Matt Moulson is, well, let’s just say he’s not being traded. There have been some conflicting reports on whether or not Pominville gets dealt but it would be nice to see him get one last kick at the can. The return on Pominville would be relatively minimal but it would open a spot at right wing for the Sabres to try out someone from Rochester, or keep CJ Smith in the lineup regularly.

No guarantee that Girgensons moves. He’s had a nice year as a fourth liner and he’s still a restricted free agent come summertime. However, like with Pominville, moving him would open up more opportunity for some of the prospects in Rochester to get playing time with the Sabres. Also like Pominville, I wouldn’t expect a high pick in exchange for Girgensons, but a couple more picks won’t hurt the Sabres come June.

Darren Dreger threw cold water on Andy Strickland’s report from Sunday but it wouldn’t shock me if Botterill was at least testing the water on Ristolainen. There are plenty of needs on Buffalo’s roster and Ristolainen could fetch a king’s ransom.

There would be a fair bit of risk involved in moving Ristolainen. For as much consternation there is about Ristolainen’s metrics, his quality of competition remains high, leaving the door open for a lesser role equating to better overall results. That creates a whole different debate over what his role is and what it should be. If he needs lesser deployment do you want to continue to pay him over $5 million? This isn’t the forum to get into the weeds on this one and our friends at Die By the Blade have done some good work on the subject. Including this post by Ben Mathewson.

Either way, I don’t expect him to be moved today. He strikes me as a summertime move which may be more conducive to maximizing return as many of the targets you’d hope Botterill seeks for Ristolainen would be the type that contenders wouldn’t be keen to part ways with ahead of the playoffs. If the summer opened the door for more suitors, then so be it.

This isn’t quite the deadline legend that Future Considerations is, but I’m looking for at least one more minor surprise from Botterill. He’s already made a pretty big splash in acquiring Montour and the conditions on the first they dealt to Anaheim will probably keep him from making any more moves with his first rounders in this year’s draft. We’ve heard some mention of Alex Wennberg being a potential target for the Sabres, Andre Burakovsky has been on the market for most of the season and he be a terrific add to this young Sabres team. I’ve mentioned this idea a few times, but finding a deal in the neighborhood of the Kassian-Hodgson trade is something that would add a lot of intrigue to this deadline. Even more than the acquisition of Montour offers.

Obviously, the Hodgson acquisition didn’t wind up providing the long-term results we were hoping when the former 10th overall pick, but the framework of the deal is what I’m looking at. Acquiring a young, promising NHL player who would step into a position of need for the Sabres. As far as names that have been floated on the market, Burakovsky is probably the closest to fitting that mold.

We’ll see just what Botterill has up his sleeve today. It was fun to go from the consternation over his inaction, to hearing TSN’s trio of insiders note that he was working the phones for a young defenseman, to seeing the Montour trade get over the finish line. Now in the wake of the Montour trade, other insiders have noted that Botterill was still hard at work. So I’m hoping for another pleasant surprise but even if he just makes the couple housekeeping deals on his ledger, it will have been a more productive deadline than we’ve seen in recent years.