Rob LaLonde of Buffalo-based Buttendz joins this week’s podcast to discuss his company’s incredible rubber butt end product and his time paying professionally in the ECHL and AHL.

Catch the Instigator on iTunes and on Stitcher by hitting the links.

There’s nothing worse than digging in your bag as you’re ready to re-tape your stick and realizing you’re out of tape. Or worse, having your clear snap off before you’ve taped both socks.

Luckily, there’s a new, affordable option to ensure you’ll never run out of tape again. Dollar Tape Club was the brainchild of Daniel and Adrian Sosa and offers players the opportunity to order a set amount of tape that will come on a monthly basis. Not unlike Dollar Shave Club, except with hockey tape, Dollar Tape Club is drastically more affordable than buying tape in a pro shop while also ensuring players still receive top-quality tape. 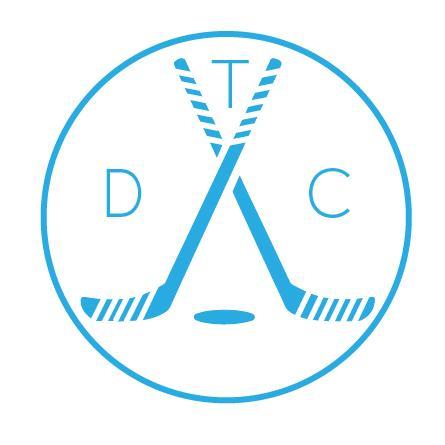 I got my first month’s order in just last week and I can confirm that the tape is no different that Renfrew, Howie’s or any other brand name products you’d find at your local hockey shop. I reached out to the guys at Dollar Tape Club to find out a little more about how they do things and how they can sell their tape so cheap. END_OF_DOCUMENT_TOKEN_TO_BE_REPLACED

I’ve had the chance to correspond with a handful of hockey personalities this summer. People tapped into the industry working for companies like CCM and Warrior. I also had a very unique opportunity to do a Q&A with Ron Kunisaki, one of the founders of BASE Hockey.

If you haven’t heard of BASE, don’t worry. They’re a stick manufacturer who doesn’t bother trying to run with the bigger name companies in terms of marketing or endorsements. Instead, they put their money where their mouth is. Ask anyone who has used their products – there are way more guys out there than you’d think – you won’t hear a bad thing about them. Check out the Q&A below and then check out BASE Hockey.ca to see their entire product line.

Q: Mind giving a little more history about BASE? Just talking a bit about how you got started, the products you produce and your general mission?

Ron Kunisaki: The inspiration for BASE Hockey was borne out of a conversation between Cliff Ronning, Al Iafrate , Holmes Ghassemi and myself in early 2010. As veterans of the hockey stick business and the NHL, we recognized the need to bring to amateurs the shooting evaluation and stick customization offered to NHLers. Cliff is almost autistic with his trained eye, memory and stick spec expertise. Al understands shooting mechanics better than anyone. Combine these unique talents with their NHL career and experience as NHL Pro Reps, and you can understand why their career paths merged into BASE.

We developed proprietary software, hardware and protocol using high speed video to analyze a player’s shot and identify a player’s optimal flex, curve and lie. We then built our own stick factory in Tijuana, Mexico and our first Fitting Center in Vancouver. Simply put, we built from scratch the ability to deliver to amateurs the high-end  analysis and custom sticks provided to NHLers.

With the design team, manufacturing plant and retail fitting center built in 2010, BASE began providing  custom stick fittings, instruction and custom sticks in 2011. In addition to improving your game, all of our sticks are sold factory-direct to customers to keep pricing low. END_OF_DOCUMENT_TOKEN_TO_BE_REPLACED

A little while back plans were put in place to roll out significant improvements to the “feature rink” at the Northtown Center in Amherst. The renovations were going to focus on the antiquated design of the benches and penalty boxes while also installing new boards and seamless glass.

UB Bull Run happened to have some specifics on the project when it was announced and I had the opportunity to play on the rink for the first time since the project wrapped last night. I can unequivocally say that the cosmetic improvements were great, but the playing surface was sacrificed as a result. Based on the way the rink is laid out, it’s a shame that a junior program and competitive collegiate team will use this rink as their home for the coming winter.

The most noticeable difference is the gleaming new boards and glass. Seamless glass runs between the hashmarks with traditional, blue trimmed stanchioned glass rings around behind each net. In addition, the penalty boxes and benches were expanded from their previously miniscule dimensions to just kind of small dimensions. The boards are fresh and look great and the entire package will look very cool for UB and Jr. Sabres home games as the blue stanchions will look right at home. However, the new boards provided the opportunity to alter the layout of the rink and those in charge of the Northtown Center took the bait. I wish they hadn’t. END_OF_DOCUMENT_TOKEN_TO_BE_REPLACED

A little while back I had some fun and put together a definitive hockey roster made up solely from characters in fictional hockey movies. The rules were pretty simple; Team could only feature players who appeared in a movie that featured hockey and movies based on true stories did not qualify for the roster. So I decided to follow the same rules and craft a football team roster out of fictional movies.

Movies (I also used one TV show) about high school, collegiate and professional teams were considered and each player was evaluated for his play on the field, not the level they played at during each film.

Funny enough, most football movies only focus on quarterbacks, running backs, receivers and the middle linebacker. Shocking, I know. Rarely are significant characters written in at other positions. However, I scoured these films and managed to fill an acceptable 22-man roster. There simply wasn’t enough depth at each position to provide backups. So this won’t be a two-deep depth chart but will have a few additional players (WR and DB) to accommodate for subpackages. Additionally, I went with a 3-4 defense due to the abundance of talent at the linebacker position in literaly every football movie.

Owner: Christina Pagniacci (Any Given Sunday): I’m not much of a Cameron Diaz fan (I think she’s pretty obnoxious) but Pagniacci was willing to do anything to get her team to succeed. That’s the type of trait in an owner I like to see. Deep pockets and looking attractive in yoga pants helps and I’m certain Pagniacci meets all three criteria.

GM: Tony D’Amato (Any Given Sunday): This is a promotion for the firey head man from Any Given Sunday. Of all the coaches in football movies I feel like he has the aggressive approach I’d want to see out of my GM. Ensuring he gets along with his owner is another story.

Head Coach: Jimmy McGinty (The Replacements): In hindsight, McGinty may actually be a better choice as a GM. He did a hell of a job picking a competitive roster for the Washington Sentinels and I’d imagine he’d be equally adept with a full year of roster management. That being said, he takes a pragmatic approach to the game and gets the most out of his players. A great fit for my team.

Offensive Coordinator: Coach Klein (The Waterboy): SCLSU’s Bourbon Bowl victory allowed Klein to find his manhood. It also allowed him to rediscover the offensive genius that penned the magical green notebook that would have made him a shoo-in for the University of Louisiana position all those years back. This type of dynamic thinker is who I want dialing up the offense.

Defensive Coordinator: Montezuma Monroe (Any Given Sunday): It’s Jim Brown, c’mon son. The on-field results really spoke for themselves. The Sharks had a hard hitting, aggressive defense. Given the linebacker corps I’ve rostered, I think Monroe will be a great fit.

After seeing Buzzfeed post in which they theorized to be the ultimate fictional baseball team, I got to thinking about putting the same practice to work with a hockey team. The premise is simple enough; create a roster of players from any relevant hockey movie that isn’t based on a true story or a documentary.

Obviously the market for baseball (and football for that matter) movies is significantly larger than hockey, I came up with a handful of films to pull players from and came up with a 23-man roster and partial front office that I would feel very confident in putting on the ice.

This isn’t supposed to be an all-star team, but one that has role players that would fit on a typical roster. In addition, since I have a pet peeve about assigned jersey numbers, I also gave each player their jersey number or one that closely corresponded to what they wore on camera. Oddly enough most hockey movies recycle the same numbers for specific roles. END_OF_DOCUMENT_TOKEN_TO_BE_REPLACED

Twitter and sports were almost made for each other. Twitter, the ultimate tool of short, immediate news bursts couples beautifully with the world of sports for fans, teams, players and media members to come together in a shared space of discussion and news.

Of course, having all of these personalities in the same place without any sort of filter can cause problems. It is sort of like the lunchroom when one of the monitors is out sick; mass hysteria.

The problem that arises in the world of 140 character blurbs is that sports geniuses, world-class athletes and mouth-breathing Neanderthal fans all exist in the same place. What this leads to – depending on what you expose yourself to – are sometimes volatile flame wars fought two sentences at a time behind the protective wall of your phone, tablet or computer. These are battles that are always won by the aggressor. The rare exception is if you’re capable of carrying on a multiple-tweet debate with this person without devolving to name calling, profanity and generally off-the-handle responses. END_OF_DOCUMENT_TOKEN_TO_BE_REPLACED