John Vogl of The Athletic joined the show this week to discuss his recent article on the Buffalo Sabres Hall of Fame. As a topic that’s held my attention in recent years, it was a surprise to learn about the unusual circumstances surrounding the management of the entity. We discuss how the organization which managed the Hall of Fame fell into disarray and how the Sabres have been left in the lurch as a result. Along the way we toss out a few candidates for future induction and hit on some roster-related topics as well.

Dominik Hasek was the last person inducted into the Sabres Hall of Fame. That came in March of 2014, just a few months before his Hockey Hall of Fame induction and a little over two years since Dale Hawerchuk and Rick Jeanneret were inducted. 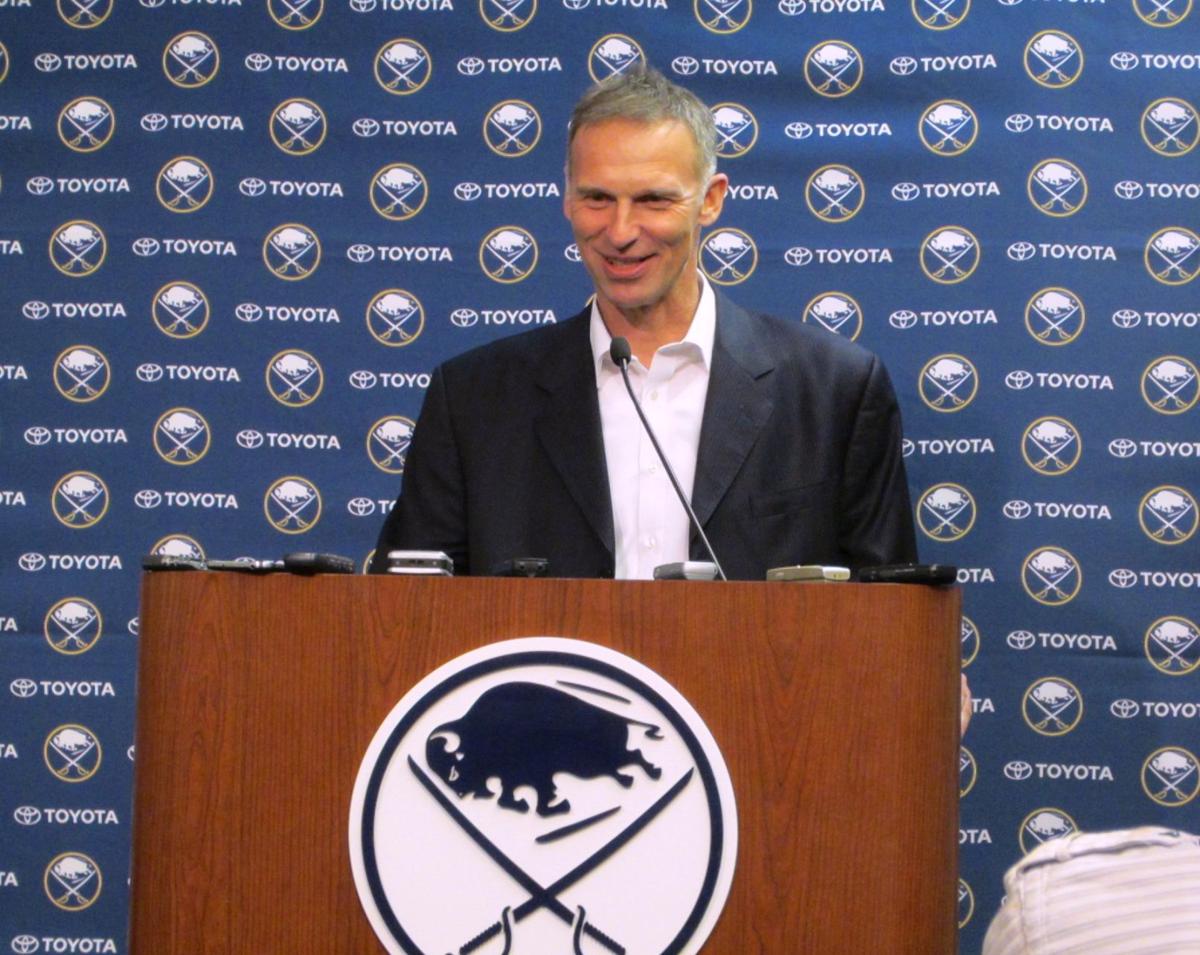 In the five years since Hasek’s induction, the only major changes on the Sabres alumni landscape was the retirement of his number (one year later in January 2015) and the erection of Tim Horton’s statue in October of 2014. According to the Sabres Hall of Fame listing on the Alumni Association website (which does not yet include Hasek on the list of inductees), the current five-year induction hiatus matches the longest stretch the organization has gone through. They also went five years with no action between 1989 and 1994. END_OF_DOCUMENT_TOKEN_TO_BE_REPLACED

The Buffalo Sabres fortieth anniversary brought about some very cool festivities and features. A new alternate jersey, the Albright Knox exhibit, the in-arena history exhibit and more. What the year-long celebration told me was there is a wonderful opportunity for a permanent Sabres Hall of Fame.

I’ve shown interest in the Sabres involvement with the space which formerly housed the Ira G. Ross Aerospace Museum and the Backstage Club prior to that. Previous posts have been dedicated to my pipe dreams and I even used the Blog Summit forum to offer a suggestion regarding the space.

For those who haven’t read up on the subject; I envision the Sabres taking advantage of the empty space as a team-oriented Hall of Fame. Better yet, the 12,000 square feet (thanks Mr. Black) could be devoted to Buffalo hockey history. Regardless, I see that space as a perfect spot to celebrate the team’s history. In addition to putting together a Hall of Fame, I have come upon another idea regarding honoring the team’s history around the arena.

My most recent light bulb moment comes thanks to the Pittsburgh Penguins. The Pens will be unveiling a Mario Lemieux statue outside of CONSOL Energy Center. Much like Chicago, Detroit and Boston (to name a few), the Penguins will immortalize their greatest player with a statue outside of the arena. Why don’t the Sabres do the same? END_OF_DOCUMENT_TOKEN_TO_BE_REPLACED

As the offseason began, the construction crews moved into the First Niagara Center. Now that the summer has come to a close there are plenty of new features the soak in at One Seymour H Knox III Plaza.

Terry Pegula and company entered the offseason hoping to start the transformation of Buffalo into Hockey Heaven. It all started with the renovations of the Sabres locker room, plus an overhaul of the coaching staff’s offices and visitors locker space as well.

The locker room, expected to be the class of the NHL, is all but finished. An overhaul of the concessions and the de-Slugging of the entire arena was completed some time ago. The Sabres put gobs of money into the ice equipment, with laser beam Zambonis and dehumidification (is that a word) equipment. There are also plans to install a 90-foot video board on the outside of the arena, as well.

I’m certainly missing a handful of additional renovations and upgrades that will make the overall experience of the F’N Center – both on the ice and in the stands – better for everyone involved. END_OF_DOCUMENT_TOKEN_TO_BE_REPLACED