While the contract may be more than you hoped it would be, Jason Botterill stared down his most important target of the offseason and didn’t miss. 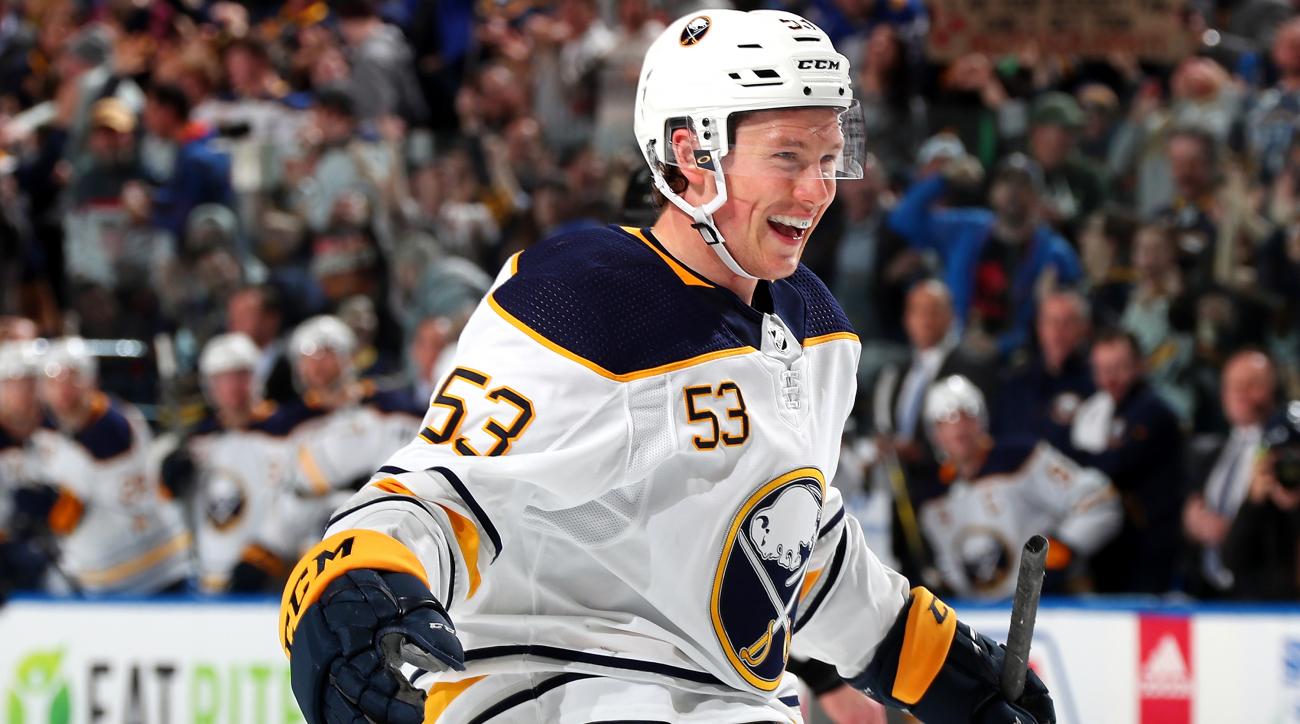 Jeff Skinner agreed to an eight-year, $9 million contract on Friday night, ending a will he or won’t he saga that feels like it stretched on for a decade. It’s the contract most fans had accepted as the going rate months ago, yet the negotiations appeared to drag over the last two weeks, likely due to the last few deal points each side was pulling for. It was an agonizing wait, particularly once Bob McKenzie kicked things off with his report on NBCSN which Jeremy White soon followed with a report of his own later that week. From that point on, fans were left refreshing Twitter waiting for McKezine, Darren Dreger or Elliotte Friedman to confirm the deal was done, only for the reports to continue for another week.

That week led to a fair bit of hand wringing as cryptic updates bred more doubt as it felt like the two sides were speeding towards whatever arbitrary deadline they had set. In the end it all got sorted out, for the term and value we’d all been expecting for months. They could’ve saved some fan frustration by getting the contract done at some point in May, but now that it’s done we can look forward to the next pieces the Sabres will need to acquire.

Retaining Skinner was always going to dictate exactly how Botterill was going to go about his business this summer. Not unlike last year when questions about Ryan O’Reilly’s future shaped the potential path the Sabres would take. One way or the other, that led Botterill and the Sabres to Skinner. With the scorer signed for the next eight seasons, Botterill is free to bolster other areas of his roster without the worry of filling a gaping hole on the left side of his top six.

The need to keep that spot in the lineup occupied certainly painted the Sabres into a corner when it came to negotiations. Buffalo’s continued struggles have made it vitally important to keep their skilled players. (This is the part where we all ask why they decided to trade O’Reilly if that’s so important.) They were faced with a fairly unique position of either letting a 40-goal scorer walk or coming to the table to meet pretty much whatever demands Skinner made. An unenviable situation to be sure, but at some point the Sabres need to look at their roster and realize it’s time to start winning and winning often. At best they would’ve been treading water if Skinner left and at worst, they would’ve been picking in the top three. Again.

You never want to feel like a team made a decision because they had to. It’s a crappy existence that can often create a vicious cycle of papering over past mistakes. I wouldn’t go so far as to say the Sabres had to re-sign Skinner, but they would’ve been facing a difficult path had they allowed him to walk.

Those that feel the Sabres overpaid aren’t going to be swayed anytime soon. It will probably take a couple more 40-goal seasons or maybe a playoff appearance to turn those frowns upside down. But the folks at Die by the Blade have done some great work on illustrating comparables on Skinner’s production and why a cap hit of $9 million isn’t unusually high. The $9 million AAV is going to ruffle a lot of feathers but bear in mind that while the percentage of cap his salary eats today may be a tad high, it will be far more palatable in a few years. The eight-year term always felt inevitable to me. I’m a pretty firm believer in keeping your roster free of a lot of contracts that go beyond age 30, but at some point you need to accept the cost of doing business. I’d rather keep the first line talent now and worry about the consequences of years six through eight when we get there (five years from now). By then the cap will be higher and there will be plenty of options on the table for unloading the deal, should it even come to that.

There’s an outcome on the table few in Buffalo have considered and that’s Skinner remaining productive well into his 30s like other elite players around the league. I’ll happily take that bet on a player with Skinner’s skating ability and track record of driving play at an elite level. And if that’s not enough, how bout some good old fashioned production?

If you don’t sign Jeff Skinner, you’ll be 𝘩𝘰𝘱𝘪𝘯𝘨 to find another “Jeff Skinner”

At the end of the day, the Sabres need more good players and that’s exactly what Jeff Skinner is. Jason Botterill’s work this summer is hardly done, but this was easily his most important piece of business. Now the organization can get on with identifying the rest of the players who will finally return them to contender status.