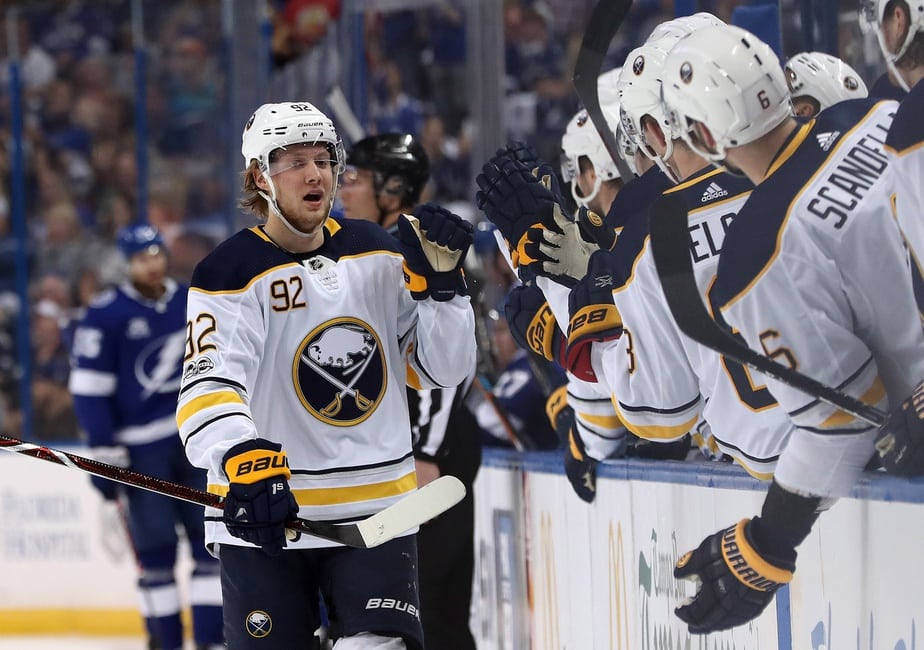 On to the questions!

Kopy/@kopyj – What’s the impact of Zetterberg retiring and do they go with three assistant captains or a new captain? Also – bigger offseason acquisition: Tavares in MTL or Karlsson in San Jose?

I think Zetterberg’s retirement might just help them put the rebuild into top gear. The Canucks dealt with this with the Sedins for a few years. The team was clearly regressing to the point where they needed to rebuild but the Sedins were good enough to prop them up. Now that they’ve gone the Canucks are free to strip out any other aging veterans and do a full and proper rebuild. I suspect the Wings will do the same. Kronwall is on his way out as well and once he’s gone they’ll be able to fully transition to a new core built around the likes of Larkin, Mantha and Zadina. As for wearing the C? I’d put it on the shelf for a year or two until they can determine if anyone distinguishes themselves as a leader as the team exits the rebuild.

Jayson/@jaysoncanfield- Will you be buying NHL 19? Only one day in but it seems much better even without Frostbite.

I’m planning on it. I haven’t bought a new game in some time so I’m overdue. I’m still plugging away on FIFA 16 for Christ’s sake. But that’s because my youth academy players developed into studs and I can’t bear the thought of starting over in manager mode.

The NHL series has been really lackluster for quite a while, so much so that I haven’t given EA Sports money for the game since 2016 (I got 2017 for free). But I didn’t bother with last year’s edition even though the threes mode seemed cool. As I understand it, they finally changed the skating engine so I’m hopeful the game will be enjoyable again.

Bob/@awesomebobNo1 – If some of these young bucks make the team, what’s to be done with the veterans they replace? Does Botterill risk waivers, or would a package deal for a low return be worth it?

I don’t think the Sabres are going to throw too many curveballs when it comes to the roster construction. They have a lot of guys who are waivers exempt and I’m expecting them to take full advantage of that in order to keep Rochester well stocked and to ensure they aren’t rushing any of their prospects. Thompson and Nylander certainly look like they’ve made a case to stick around and if any of the injuries on the blueline linger, we may see Lawrence Pilut to start the year. But overall I think you’ll see them opt to protect their vets so they can maximize the bodies they have in the system. Call it good asset management, call it patience, call it a realistic view of where the team is. Just don’t expect to see every unpopular player on waivers. 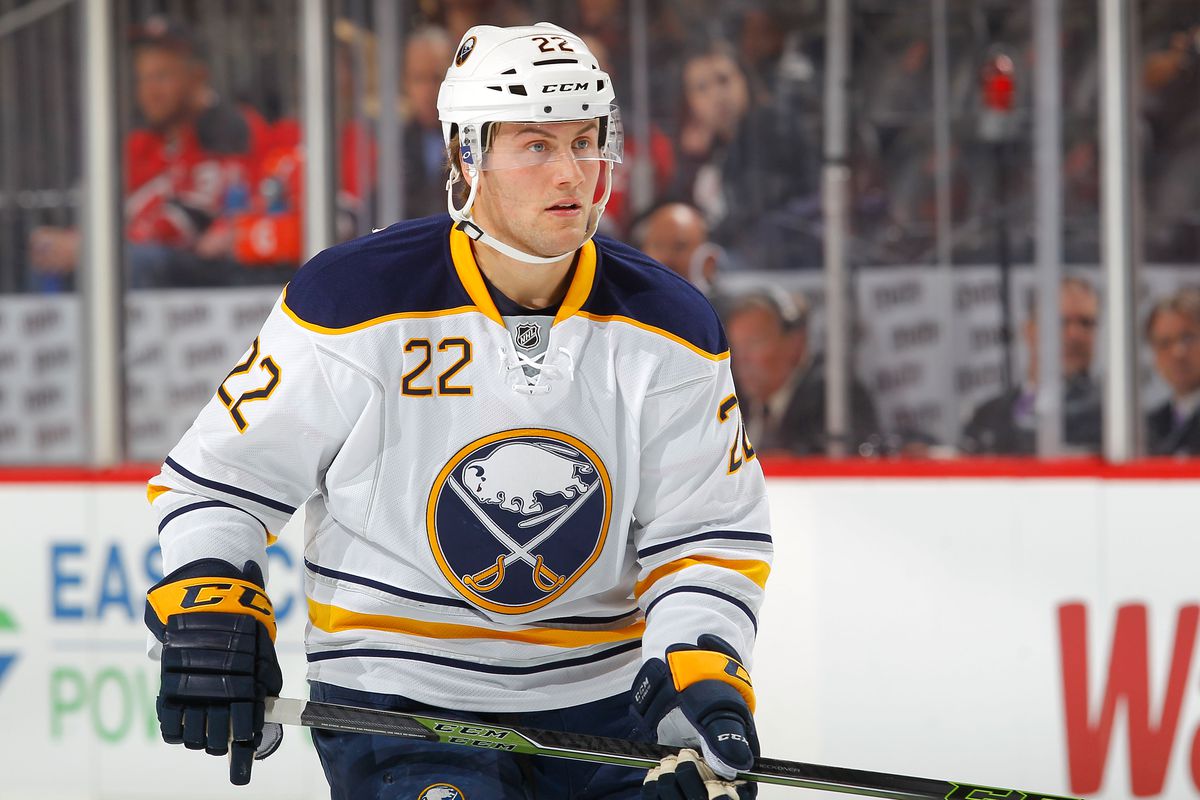 I’m sure most of the guys in question have some value and I know fans would love to see some fresh faces in place of Zemgus Girgensons, Johan Larsson, Nathan Beaulieu and maybe even Jason Pominville. However, aside from maybe Larsson, I don’t think any of those guys are in real danger of getting waived or moved. CJ Smith and Andrew Oglevie going down is a good indication of what the organization is thinking.

There is going to be at least one somewhat surprising demotion when this is all said and done. Maybe it winds up being Scott Wilson and there are only minor ripples as opposed to Larsson who would be a far more noteworthy cut. Given that he left the Pens game injured may buy him and the organization some time. I can’t say I blame the Sabres either. As much as they’re hoping to be a playoff team this year, I have to think they see this season as a transitional step to being a regular competitor for a playoff spot. They have the makings of a solid core, they just need everyone to gel and there will probably be a few more growing pains along that way. If that’s the case then by all means, let the kids eat up big minutes in Rochester and ride out the end of these veteran deals before reassessing next summer.

To kick off the 2018-19 season how about a double dose of Bad Trades? From our friends CrazyK04 and Shibbal18 on CapFriendly, I give these four out of five Chiarellis each! 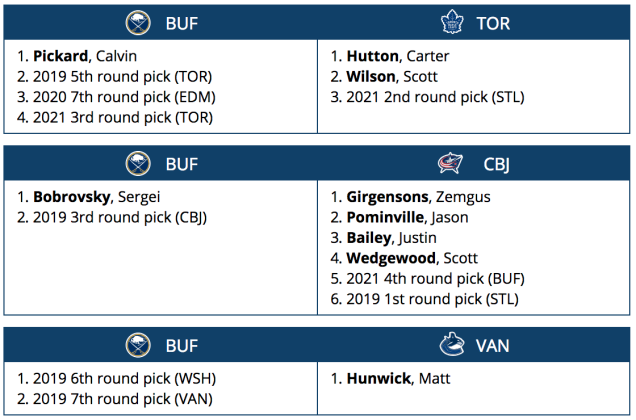