Mike Schopp asked a great question with the Twitter poll he sent out asking which group of jersey numbers would net the better all-time Sabres team.

You can make a better all-time Sabres team from:

It’s a great question which sparks some juicy debate. Do you go with goaltending (20-99) or the bulk of Buffalo’s retired numbers (0-19)? With the poll favoring 0-19, I have a feeling that the quick answer is representative of the first players you can think of within the two sets of digits he provided. It’s easy to come up with The French Connection, Pat LaFontaine, Mike Ramsey and Jack Eichel and go with 0-19 over Dominik Hasek and numbers 20-99.

But I felt with a little digging you’d find that you can form two very well-rounded teams from both sets of numbers. Teams which scope out to be closer than you may have thought initially. So I took it upon myself to dig into the Sabres’ number history and build what I feel are the two best teams from the groups of numbers provided in Schopp’s poll.

Schopp noted in his replies that it should be a full team, not the best six-man, on-ice group. Other ground rules I set were determing a player’s number by what they wore for the longest period of time for the Sabres. Or in certain cases, the number they’re best known for wearing. So there’s no cheating by counting Mike Ramsey as 20-99 since he wore 23 at one point. Same goes for Rene Robert wearing 23 or Craig Ramsay wearing 25. That means Miroslav Satan is represented by #81 while Jerry Korab gets #4.

I didn’t follow positions to the strict letter of the law. Handedness on defense isn’t a concern to me when filling out an all-time team, nor was picking four right wingers and four left wingers. I was more concerned with finding the 12 best forwards and six best defensemen. In other words, I’m ready to fill out some incorrect postseason ballots.

One other consideration I put in place was evaluating players based off their time in Buffalo. So peel away Jeff Skinner’s time in Carolina and everything Doug Gilmour did up until arriving in Western New York.

With that in mind, I went to work on Hockey Reference and in the Sabres Media Guide and came up with the following two teams.

One factor I felt was impacting voting or opinions on the 0-19 group being favored was the quick reference of The French Connection, Mike Ramsey, Danny Gare and others. Most of the franchise’s most memorable players wore numbers below 20 and it makes for an easy group to favor as a result.

There’s no question that among the most talented offensive players ever to wear the Sabres’ crest, many of the truly elite players wore lower digits. It’s a formidable group of centers with Perreault, Eichel LaFontaine and Roy. You could certainly put Hawerchuk or Connolly in that fourth slot and feel equally confident in the group. It’s a good forward group backed by a strong blueline. Ramsey, Housley and Schoenfeld are three of the very best – possibly the best – in franchise history. Van Boxmeer, Korab and Warrener are no slouches either. Warrener is perhaps the one odd selection here but he was a stalwart on the 1999 Cup run and ultimately I leaned on nostalgia over others who I felt were roughly equivalent to him.

Goaltending for this group is always going to fall short of Hasek, but Don Edwards and Roger Crozier are nothing to sneeze at.

It’s a well-rounded group which isn’t just top heavy, but quite deep through three lines and with no weak links.

On the surface, it’s easy to say that the 20-99 group is all goaltending and nothing else. But as you cull through the last 50 years of Sabres history, you realize you’re still spoiled for choice when it comes to this group of jersey numbers. 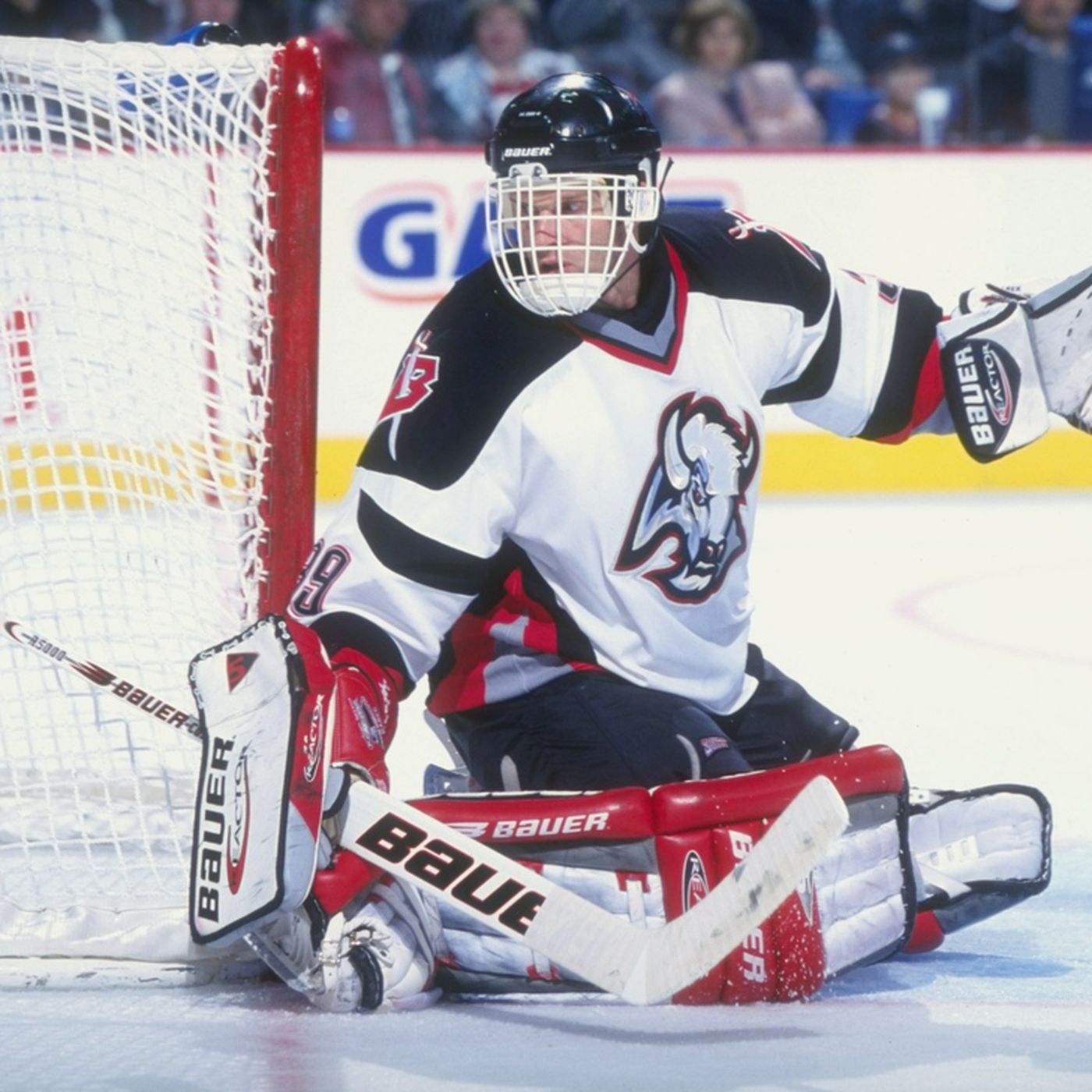 While you lack the Hockey Hall of Fame inductees, you aren’t short on goal scoring talent by any means. You have the franchise single-season goal scoring leader, three top-ten seasons in total points and four of the franchise’s top-10 goal scoring leaders. Like with the 0-19 group, you have interchangeable center options with Drury, Hecht and Luce on the wing. You also are loaded with matchup opportunities with O’Reilly, Luce, Peca, Drury and Hecht. It’s a solid group of forwards no matter which way you cut it.

The defense boasts more contemporary options than the other group but Hajt is a legitimate all-time great while McKee, Zhitnik and Campbell should earn a rightful spot among the best in Sabres history.

There are two factors which come down to determining which of these sides would be favored as the best. The first is nostalgia. If you grew up with the 70s and 80s Sabres, you’re almost guaranteed to favor the 0-19 group with Perreault, Ramsey, Gare and the rest. If your formative years were spent with the 99 Cup run and the post-lockout Sabres, you’re likely favoring numbers 20-99. The second factor is goaltending. And that’s clear cut.

Hasek really tips the scales in any exercise like this. He’s not just the best player in franchise history, he’s the best player ever to play his position. His level of dominance over the sport during his time in Buffalo is unparalleled. He never played behind much firepower in Buffalo. Prime Hasek with this group of forwards and defensemen would be formidable, to say the least. Both teams are obviously excellent. Any team with 50-plus years of history will have plenty of quality alumni to pick from when making an all-time team. The Sabres have had a fairly impressive run of forwards in their time and I think that is well reflected here. While you may argue the first group is more skilled, I don’t think the gap in their skill and talent is drastically bigger than that of the second group. Add Hasek to the equation and there’s no question.

For that reason, I’m saying the better team is made up of numbers 20-99. You have the best goalie ever, a strong group of defensemen with some low-key franchise greats and a group of forwards that boasts the league’s all-time leader in power play goals, the single-season franchise goal scoring record and a collection of some of the club’s best two-way forwards. This group can score and play matchups in front of Dominik Hasek. I’m taking 20-99.