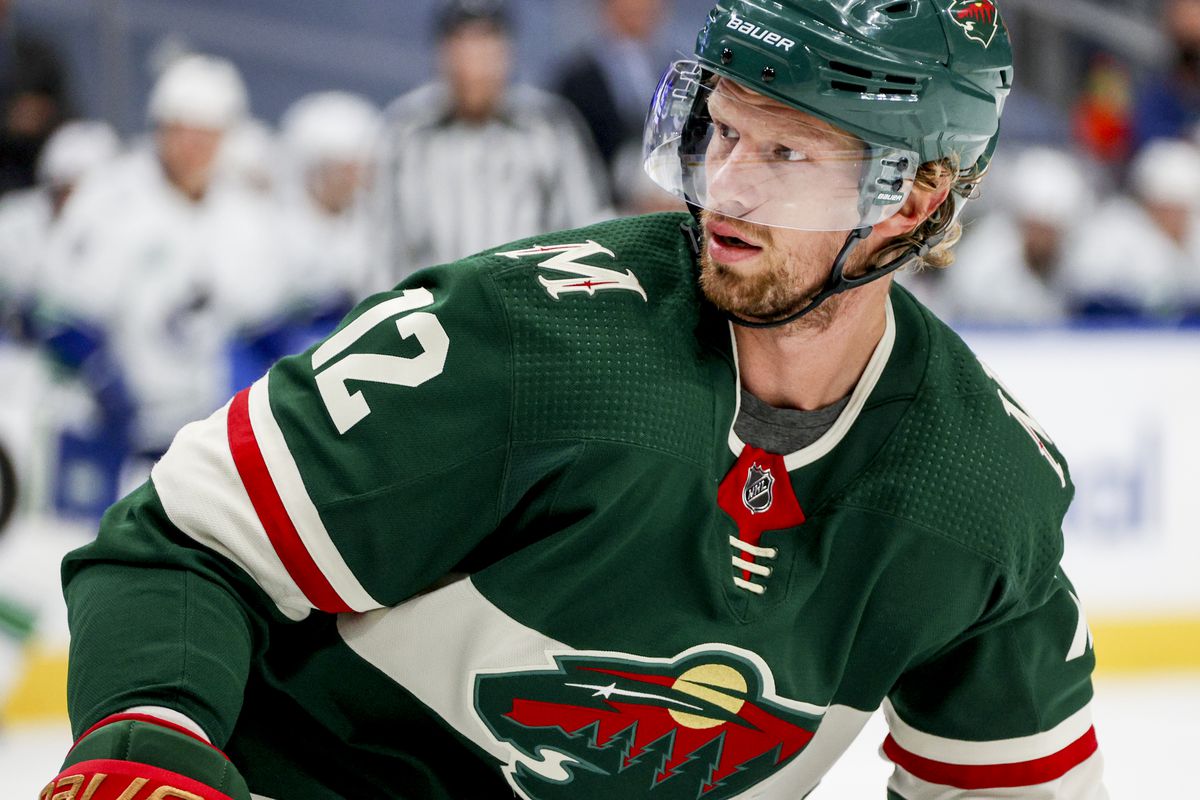 The heartbreaking end to an exhilarating Conference Final run hasn’t been forgotten by Sabres fans in the 14 years that have followed. It’s still a fresh wound despite the time that has passed and, for fans of a certain age, salt was poured back in on Wednesday evening when the Sabres traded Marcus Johansson to the Minnesota Wild for Eric Staal. Staal was a 21-year-old, 100-point scorer for the Cup champion Hurricanes. He added 28 points in 25 postseason games, including two goals and three assists in the series against the Sabres. Though he hardly ranks as one of the prime villains from that series, at least in my memory. That honor belongs to the likes of Rod Brind’Amour, Justin Williams and Cam Ward.

We’re nearly 15 years removed from the 2006 playoffs though it might as well be 150 given the current state of the Sabres. Seeing Staal in a Sabres jersey for the first time is going to be akin to Adam Banks’ first appearance in the Mighty Ducks’ locker room. It’s going to be weird, it’s going to feel a little dirty and someone might call him a cake eater. But he can make this team better and that’s really what matters.

The reality of the situation is that the Sabres have been desperate for an effective center from the moment Jason Botterill filed the Ryan O’Reilly trade with the league’s central registry. The Sabres have been chasing their tail for two years and while Staal certainly isn’t O’Reilly, he’s a far sight closer to the solution the team needs than anyone who has come previously.

He’s managed to defy aging trends, putting up strong boxcar stats right up through last season when he was on pace to sniff the 60-point plateau. While a 40-goal explosion like he enjoyed in 2017-18 would be more than welcome, just hitting the 50-point mark would be a major benefit to the Sabres.

Staal also boasts quality underlying numbers, another factor the Sabres have been somewhat allergic to in recent seasons. The tweet below from Dom Luszczyszyn has been shared far and wide since the deal was made and the item that stands out most to me is where Staal ranks as a play driver within this analysis. It’s even more stark when compared to where Johnasson ranks in the same categories.

Buffalo’s inability to drive play outside of Jack Eichel’s line has been one of their defining issues as this rebuild has slogged on. Acquiring a player who not only excels at driving play, but can do so from the center position, is a win for this club.

Staal certainly isn’t the answer for the Sabres. He fills a glaring need, but I’d hardly say they are set at the center position. I’d even go so far as to say I’m leery of pushing too many chips to the center on Staal solving their problems as a second-line center. Though I must admit that’s the pessimism of the last 30 years of Sabres fandom talking.

Getting Staal to check the second-line center box is a big win for Kevyn Adams and the Sabres. But they still need at least one more addition at center. It may even be two depending on Johan Larsson’s status and how they opt to fill those minutes. It would require Dylan Cozens to come in an put on a Calder Trophy level performance to justify not acquiring at least one more center this offseason.

As it stands now Staal slots in behind Jack Eichel and all but guarantees that both Jeff Skinner and Victor Olofsson will have a reliable center to play with. If we assume Dylan Cozens is starting his career on the wing and slots in behind Sam Reinhart, the Sabres could choose from one of these combinations for their top six:

Staal fills a spot that was previously passed between Casey Mittelstadt, Johansson and may have even been seen Dominik Kahun step in for the coming season. The difference in how the lineup is affected by the acquisition is obvious. Staal provides the type of depth the Sabres are lacking and could even serve as a stepping stone for additional offseason moves.

It might take a while to get used to seeing Staal in blue and gold but this is a good first step for the rookie general manager. Staal clears a task that Jason Botterill spent two years chasing while providing some added financial flexibility. It’s a step in the right direction for the Sabres and hopefully opens the door for more smart additions.