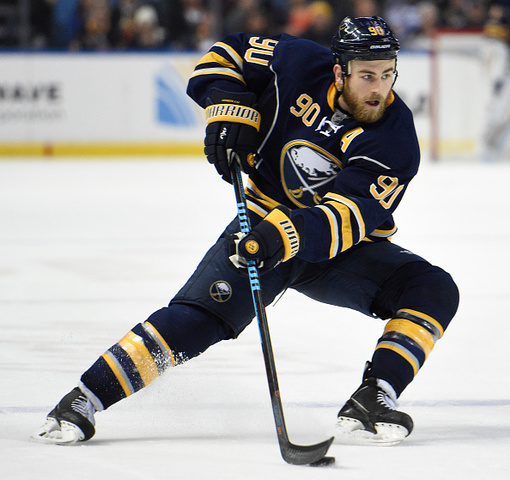 O’Reilly is also a divisive subject given that he’s been a steady contributor since being acquired and has plenty to offer. So the only way it makes sense to move him is if the deal addresses another area of need. Specifically the blueline. The Sabres would need to noticeably strengthen their blueline with either a current NHLer or fetch a package that includes a blue chip prospect who could step into a role on Buffalo’s D starting next year. That’s a mighty small target to hit but when you consider Buffalo’s needs and the value O’Reilly carries, it’s the only way moving him would help improve Buffalo’s roster.

Kernal/@pkilla_29 – Seriously wondering if Housley has an awful team he couldn’t do anything with or if he is actually a bad coach. Personnel decisions have been very suspect this year. But again look at the roster.

I give Housley credit for sticking with his guns. All year we’ve heard how firey he’s been at practice and how he’s still pushing pace. He could have easily folded on the fast-paced system he wanted, played a 1-3-1 and bored everyone to death (more than they already did) for the entire year. They would’ve grabbed a few more wins but little would’ve changed in terms of the big picture.

However, the power play tanked from the top unit in the league the year before and Housley traded in a lot of the same tired coaching practices we’ve seen in the past (constant line juggling for example). Plenty has been written and said about their level of effort and I don’t know exactly who deserves the most blame there. Is it the staff, a team lacking talent or even something more deep seated? Housley deserves plenty of heat, they simply weren’t good enough. But they certainly shouldn’t consider moving on from him at this point, that would create a bigger mess than they’re in already.

Bob/@buffalobobz – What do you think the season ticket renewal rate will be this year? 88-89%

Low. Really low. They didn’t publicize their numbers last year so it’s hard to know exactly how they’ve trended over the last few years. But it’s going to be bad. I wouldn’t be surprised in the least if they’re below 90%. Sub-85% isn’t out of the realm of possibility in my opinion.

I was all set to feature an Armchair GM which sent Rasmus Ristolainen, Nick Baptiste, Zemgus Girgensons, Hudson Fasching and a 2019 2nd round pick to Ottawa in exchange for Erik Karlsson. It was a perfect candidate with an absolutely bonkers trade at the center. And then I found this warlock.

I’m not unconvinced that this isn’t a troll job. I checked Mr. GMTD’s other posts and they’re all equally bonkers. So it’s just as likely that this guy just trolls random fanbases as it is that he just posts really bad Armchair GMs.

There’s a lot to unpack here including giving almost every returning player four year, $1,000,000 extensions. Also extending Robin Lehner only to trade him is another head scratcher. Of course he assumes the Sharks are re-signing Evander Kane and he sends Jason Pominville back to Minnesota for…reasons.

The Nugent-Hopkins deal you see pictured is some kind of crazy. Risto for RNH makes enough sense in terms of addressing each team’s respective needs and the fact that Peter Chiarelli seems to love him some average defensemen. Including Okposo and Beaulieu for the low, low price of a first round pick wouldn’t even pass muster at 4am at The Pink.

But then there is the coup de grace. The greatest hypothetical trade ever. Jack Eichel for three lottery protected first round picks. Here’s what our GM of the day wrote about the trade.

“I am moving Eichel to make cap space for JT and help with the future of the team. I want to get rid of all losers on this team and he is the leader of the pack.”

It’s good to know this guy is in the locker room enough to know that Eichel is the “leader of the pack” of losers. That’s a key for anyone building a hockey team.

I have to give him credit for thinking that trading a 21-year-old on an eight-year contract in order to clear space for a 27-year-old unrestricted free agent is helping the future. Knowing what we know about player performance, Tavares will likely begin to decline with three or four years left on that deal. Spending $13m on a 36-year-old is definitely the way to build for the future.

Then of course you have the trade of Eichel itself which feels extremely light – unless you’re the one guy in the comments. Not sure why in a fantasy GM situation you wouldn’t bother to include any roster players and accept only lottery protected picks for the current cornerstone of the franchise. This feels familiar.

All of this to create a roster that’s equally top heavy to the one they have now but somehow with less depth.

Kevin/@ntrider825 – What happened to Nathan Beaulieu? At the start of the year he was a bit frustrating with turnovers but was putting up hugely positive shot and scoring numbers. That has since collapsed to about team average or a little below and the mistakes have continued.

Even while he was putting up good offensive numbers he was making some eye-popping errors. I’d be willing to guess that in working with the coaching staff to clean up his game the opportunities to freelance went away, leading to play that isn’t much better in terms of the eye test and worse in terms of underlying numbers.

Mark/@BVFA12 – What do you see as our Safe / Keep / Meh / Gone list from the organization?

Michael/@michaelparthum – How much #Sabres roster purging do you expect in the offseason, and who among the #Amerks is likely to fill any such voids?

Seeing as both of these questions are related it seems fair to roll them into one answer.  It’s also probably easier to list the locks to stick as opposed to the guys who will be shipped out. So I’ll start there. Eichel is obviously safe, Kyle Okposo’s contract is too hard to move and too toxic to buy out. It’s easier to hang onto Pominville for the final year of his deal than try to force something with him. Mittelstadt and Guhle aren’t going anywhere and I’d bet they want to hang onto Marco Scandella as well. Everyone else is up for grabs.

As refreshing as it might be, we won’t see 10 new faces again this fall. I’m counting on one truly significant trade and probably two or three other notable changes made whether through free agency or trade. I think it makes sense to move on from their middling contributors (guys like Larsson) in favor of injecting some new life into the roster and locker room. If Scott Wilson is a microcosm of what adding a bit more speed and success would do to the bottom six, I’m all for more of it.

The Amerks have some bodies to offer up but nothing too groundbreaking. Nick Baptiste is probably here to stay. Danny O’Regan might be a good candidate for bottom six deployment.  CJ Smith is a near lock for a promotion and we know Linus Ullmark will be here as well. Alex Nylander will probably have an opportunity to fight for a roster spot and Sean Malone will be among the first recalls come next season. So there’s some new blood in the pipeline, it’s just a matter of seeing what types of trades and free agents Botterill chases to really turn the roster over.

Scott/@scottymcmahon22 –  Is our defense core too young ? Do we need a veteran leader or is that Scandella as everyone else is under 25 and will be younger next year hopefully?

I don’t know if they’re too young, just maybe not talented enough. You see the issues they’re having with the third pair right now and even just plugging Jake McCabe and Zach Bogosian into those two slots would do them a world of good.

Assuming Antipin, Gorges and Falk are gone next year but the rest of the unit remains the same you’d have Scandella/Ristolainen, Guhle/Nelson, McCabe/Bogosian (Beaulieu) as the main set of defenders. You could swap the second and third pairs if you wanted but that’s just semantics at the moment. And this doesn’t account for any trades or free agent signings. But right there your group is better and it’s done without getting much older. Get more skill into the top six and you’re probably better off than trying to shoehorn a vet into a role he isn’t suited for.