To say I was really into the All Star Game when I was a kid is an understatement. Dominik Hasek had established himself as a bonafide superstar and other things like glowing pucks typically catch the eyes of ten year olds more than, say, adults.

My interest in the event, like most fans, has waned in recent years. As the event itself stagnated there were few things that brought any sort of genuine interest on a yearly basis. This year’s event, however, really brought back an entertaining showcase of the game’s stars in a format that I’m hoping sticks around for years to come.

Obviously John Scott stole the show. He took all the headlines as he should have. The overwhelming fan support he received was terrific thanks to things like his Player’s Tribune article. Scott added a fun storyline that added a little something extra to the game. But even without the added excitement that Scott brought to the table, the game and entire All Star weekend was a big win, in my opinion. 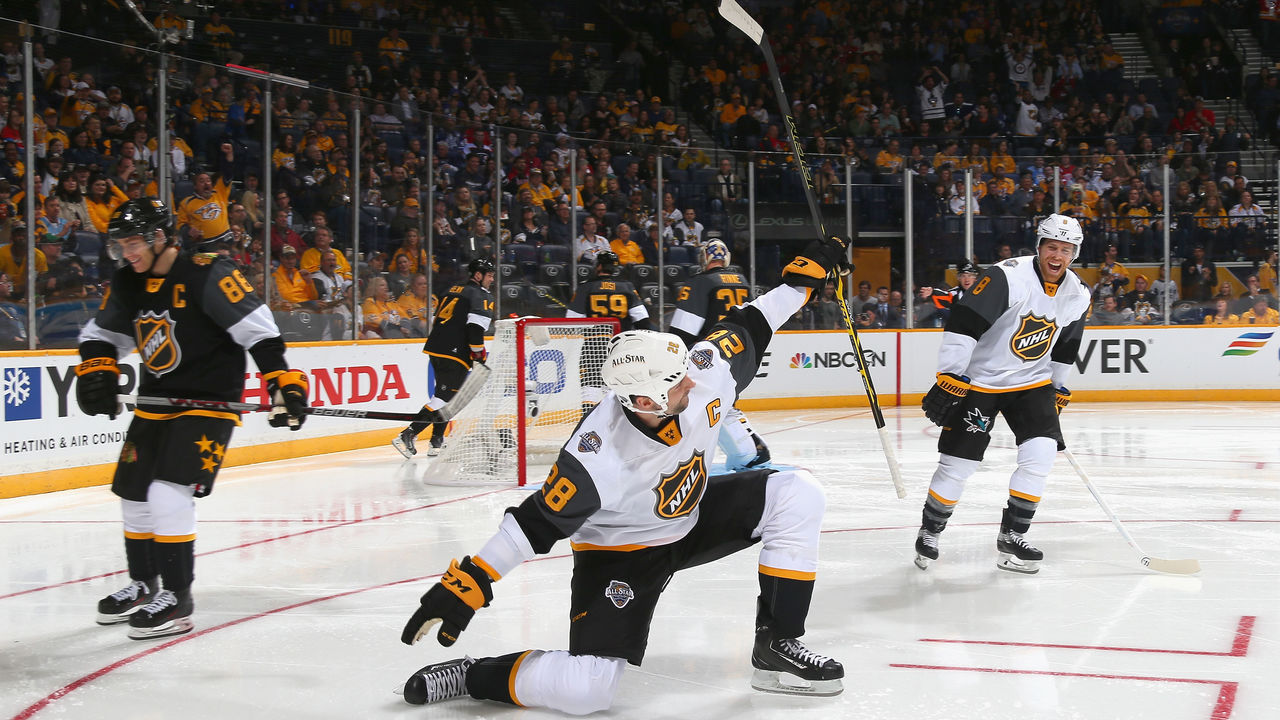 Switching to a three-on-three tournament format was something I had talked about in passing with friends in just about every setting you could think of. Men’s league hockey, the bar and even on Twitter. It was easy enough to think that opening up the ice and altering the format from the typically vanilla game would pay dividends. The league did a great job with it too. The divisional format was great and it kept the competitive level high. There were a total of 23 goals scored over the course of the three games and even though the final ended 1-0, it was nothing short of thrilling.

I know there isn’t an All Star Game that I can remember that had the intensity of the final game from Sunday. The waning moments of that game were more intense than some Sabres regular season games have been over the past two years. Even though the third mini-game’s scoreline was 1-0, the game didn’t lack entertainment value as Roberto Luongo and Jonathan Quick put on a clinic.

How the three-on-three tournament evolves will be interesting to track. This first iteration was far more intense and fast-paced than any All Star Game I can remember. The structure itself likely injects a bit more pride and competitiveness simply because of the elimination style that’s implemented. NHL players are competitive guys, so the tournament format may have helped bring that out. The monetary reward at the end certainly helps too, even though it’s a safe bet that most players will wind up donating their winning share. However, the widespread reports that the players loved the new format gives me hope that there will be a good effort in the next few iterations.

One thought I had was to bring the fantasy draft back. Have the fan vote pick the four captains and then allow them to pick their teams from the pool of players, schoolyard style. I know the alcohol infused event didn’t sit too well with the league, but I could see that being a clever feature to plug back in. I’m also an advocate for four different jerseys (one for each division) moving forward. Just think of two black and silver based jerseys and two gold and forum blue based jerseys in Los Angeles next year. That would be killer.

There are always creative tweaks available to the league to make. Some of them could be winners while others may be flops. I’d bet on a very similar event format for next season as the returns the league has received this year have been overwhelmingly positive.

Perhaps the league got a little lucky with the overall reception. After all, it wasn’t that long ago that fans and pundits alike were throwing stones for how the Scott situation unfolded. The entire saga around Scott’s selection was something I had very little interest in right up until his entry in the Player’s Tribune.

In my opinion, the voting process to get Scott in was done in poor taste. Those who were behind it were laughing at him far more than they were laughing with him, no matter what they tell you.

Things devolved further once it was determined that he would play through the questionable trade to Montreal and what was eventually revealed through various reports and by Scott himself. Even when Scott was shipped to Montreal, I still wasn’t really engaged in the entire process. It didn’t change that he was voted in, largely, as a joke which I wasn’t laughing at. Add in the despicable way he was treated by the league and it was such a mess that, at the time, I was simply annoyed that any of it had transpired.

A lot of that probably has to do with all the things you hear teammates and media members say about him. The widespread compliments he gets as a locker room guy and the added benefit of having a great personality. It’s easy to simply look at his play and disregard him as a player. He’s a fighter. A goon. He does a good enough job at it but it isn’t as if he’ll go down as the greatest fighter of all time. However, it’s obvious that he brings a presence and personality to the locker room that few players can. He does serve a role on a team and while it’s hard for some fans to embrace, he is deserving of his spot in the league.

I was also impressed that he didn’t look like a stumbling dope when he got on the ice – like how many of those who started voting for him likely hoped for. His second goal a beauty and for a moment I thought he was possibly prepping for a mid-ice stick ride after it. Unfortunately he cut his celebration short, but when you add his play on the ice to the personality he showed, I can guarantee he won over scores of new fans this past weekend.

It’s going to be hard to follow this act. Hopefully the league lets the 2016 All Star Weekend live as one of the most memorable editions of the event. There won’t be a better storyline than Scott’s and there doesn’t need to be. Hopefully there isn’t a “grinder” category in future fan votes or anything like that.

Somehow the league managed to step on their own feet at every turn in the lead up to the game but come out of the weekend with a phenomenal public image. While they don’t deserve credit for a lot of what made Saturday and Sunday so great, I’m still looking forward to what next year’s game has to offer.