The Sabres may not have won the draft lottery, but they certainly didn’t lose anything. Edmonton will pick first (again) much to the chagrin of pretty much everyone who doesn’t live in Edmonton proper, but that’s okay.

The Sabres will more than likely be adding Jack Eichel to their teeming pool of prospects to top off the rebuild that was set in place by Darcy Regier two years earlier. Eichel will join the likes of Evander Kane, Sam Reinhart, Zemgus Girgensons, Mark Pysyk, Rasmus Ristolainen and Nikita Zadorov to form one of the most promising young cores in the league.

Many Sabres fans may be upset with not getting McDavid and while that’s understandable, this season wasn’t really about getting McDavid – despite what you may have taken from Tim Murray’s comments – it was about ensuring they would be guaranteed a generational player and that player is Eichel.

To celebrate the coming of Buffalo’s new prize, I put together a little poster project for your enjoyment. Like the other “posters” I’ve created, these aren’t actually poster sized but simply a fun graphic that can be used at your discretion. I’ve also included two phone background versions below the main version if you wish to adorn your lock screen with the I Like Eich campaign poster. 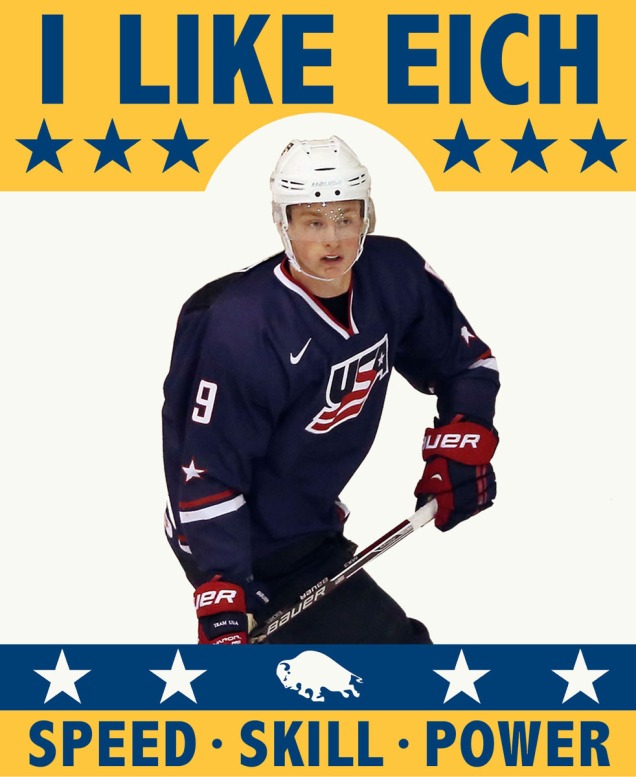