Through the build-up for Dominik Hasek’s jersey retirement, I lobbied hard for the Sabres to provide the fans with a commemorative banner for the game. I also thought it would have been very cool if the organization sold replica banners of the rest of their retired numbers.

My recommendations were posted in this space and also brought up to members of the Sabres marketing team who addressed them with hesitation. It’s my belief that they were unsure of the costs associated with producing and selling the banners. As it turns out, they seem to have figured out a way to turn a profit on them as the Sabres Store now sells replica retired number banners and replica championship banners.

This all, of course, was my idea. I didn’t even ask for a commission on it.

Kidding about my utter level of brilliance of million-dollar ideas aside, I was incredibly pleased to see the Sabres take this idea and run with it. At the end of the day this blog is here to create intelligent (I hope) conversation regarding Buffalo sports, Buffalo development and anything else that runs across my mind. If something I pitch is seen as a good idea, I hope to see the powers that be take it and run. That’s why I hope the #ThirdsNotTurds or the game day poster contest gets attention in One Seymour H Knox III Plaza.

So, my next recommendation is for the Sabres to introduce a line of collector-edition scarves.

The genesis of the idea comes from soccer as countless teams release custom scarves on an annual basis while also providing other versions for purchase along the way. In fact, our very own FC Buffalo issues a custom scarf to season ticket holders each season with the designs differing on an annual basis, giving fans something to look forward to each spring.

Ideally, the Sabres would adopt this in some way, shape or form to provide fans a handful of various designs on either a limited or regular basis. Obviously more demand could be created if the team was only selling a certain number of commemorative #OneBuffalo or Dominik Hasek scarves, but having a full rack of custom options to choose from would be incredibly cool as well.

I think the best way to carry this out would be for the team to offer a set number of scarves for sale on an annual basis, but limiting each year’s collection to just one season. That way the Sabres could create one or two primary scarves for the year (just like a soccer club’s annual scarf) which would accompany a few other team-related options for the season.

What’s great about this is that you could offer at least five team-specific scarves each year for quite some time. The season-specific scarf would be a mainstay and could easily feature two different options (home and away, for example) to increase sales and interest from different facets of the market.

Another scarf that could rotate in each season would be a commemorative edition for division or conference championship teams. That category alone would rope in the 1975 and 1980 Adams and Wales teams, the 1981 Adams champions, 1997 division championship, 1999 Eastern Conference champs, 2007 Division and Presidents Trophy and the 2010 Division banner. Further to that, all six retired numbers could get their own scarf. Scarfs could even be made up for the Knox’s as their initials grace the rafters of First Niagara Center.

That’s 18 total models that could be made up without branching into specific designs for players on the roster, One Buffalo edition designs, a design for First Niagara Center and the Aud and many more are on the table. So the Sabres wouldn’t be hurting for inventory and if they rotated through one or two of these designs on a year-to-year basis, they would have no trouble extending this out for a handful of seasons and making a true tradition.

Another idea that springs to mind regarding these scarves is issuing them to specific areas of the arena. The Senators tried to create a soccer-style supporters section this season and I could see something very similar being done in Buffalo (should they decide that the arena should stop impersonating a library). If there was to be a loud, rambunctious section in the arena a scarf for members of that area could be designed as well.

While this is hardly an endless idea, it certainly has legs. Considering you could easily throw a $35 price tag on these and people wouldn’t hardly blink, it seems like a win-win to me. What you’ll see in the gallery below is a collection of examples I mocked up over the weekend. They include commemorative designs for championships, retired numbers, playoffs and other basic designs.

The Sabres would certainly need to promote this the right way. Just tossing them in the store isn’t the way to do it. They’d need to make a strong statement about obtaining the commemorative scarf for the 2015-16 (or whatever year may be) season and the importance of bringing it to each home game. Including their use in game presentation would be another key, but that would come as their popularity increased.

I know that there are more than a few soccer fans in Sabres Nation and I’m confident that these collectors items would be wildly popular with fans if they were executed well. 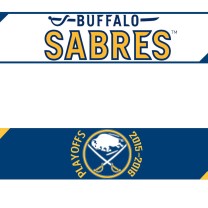 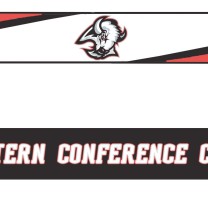 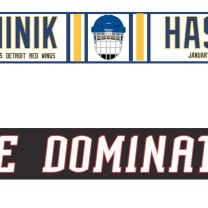