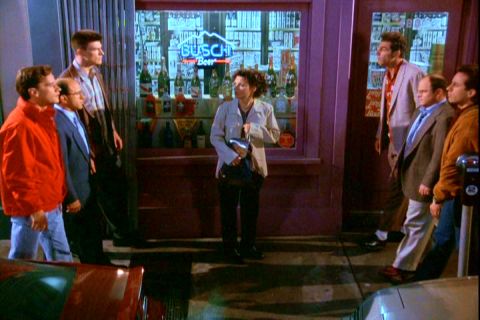 From there, fans gave overwhelming support to Mike Smith and the Coyotes. The fans would boo Arizona penalties and even booed when Brian Gionta scored to tie the game late in the third. When Smith made a desperation stop on Zach Bogosian in the dying minutes, you would have thought it was Dominik Hasek turning aside Trent Klatt.

Sam Gagner scored the winning goal in OT for the Coyotes, giving them the bonus point and extending Buffalo’s deficit to six points. The reaction after the goal was unlike anything I’ve ever experienced at a live sporting event. Buffalo fans weren’t just cheering, they were standing with arms raised in celebration of the winning tally. And a much as I support this push for Connor McDavid, I found it to be embarrassing.

We all know the stakes. McDavid and Jack Eichel are talents rarely seen at the top of the draft. The Sabres are inching closer to reaching the point at which they’re guaranteed one of those two stars. Yet, we have to endure a daily rinse and repeat (and repeat again) cycle of people telling us how we need to feel. The newspaper says we’re morally corrupt while the radio says all that matters is the glory brought by a top pick in the draft.

As it is with any ridiculous debate, the middle ground is where the sane people reside. But it seems as if the numbers in the middle are dwindling by the day.

As this season drags – and I mean drags – along, I’ve watched Buffalo’s struggles with little concern over the losses. But being here tonight was so different. I’m still a Sabres fan. Even when I’ve come to games with no concern if the Sabres walk away losers, I’ve yet to stand and cheer for an opposing team. I never will. Yet hordes of fans were doing just that tonight.

I not only understand Mike Weber’s frustration, I support it. He’s been in Buffalo for his full career and has managed to earn a letter for his jersey in the process. Despite his shortcomings as a player, I still respect the things he as to say given the road he’s traveled since arriving in Buffalo.

He really didn’t need to say anything more than his parting thought as he expressed exasperation, fatigue and general disdain for the past two seasons.

Look past his exploits on the ice when you listen or read his quotes. Understand that they’re coming from a man who has spent a significant chunk of his life devoted to an organization that has been stuck in neutral for nearly half a decade. He’s the type of player you’d say plays the game “the right way”. As ridiculous as that sentiment has become in recent years, these types of players remain pillars in locker rooms around the NHL.

Weber spoke from his heart tonight, and I respect that. Taking the high road – as Gionta and Ted Nolan did – would have been the better option, but I can’t fault him for voicing his opinion the way he did. Despite the prize that lays at the end of this road, the players simply didn’t deserve the fan reaction at tonight’s game.

My stance on the tank, the Mission for McDavid, #DishonorForConnor or whatever you want to call it hasn’t changed. Last place is the goal, that is where the team is headed and I have no problem with that at all. I simply can’t get on board with openly cheering the way the fans did tonight.

Luckily we only have a few games left before this is all behind us. Should things work out in the coming days, there may be nothing to do but to cheer for the Sabres as the season closes in mid-April. I certainly hope that’s the case, because I’m not sure I could sit through another Bizarro night at FNC.

Quotable:
“I’ve never been a part of something like that where the away team comes into a home building and they’re cheering for them. I respect our fans, I love our fans. I show up to work everyday to do whatever I can for them.” – Mike Weber