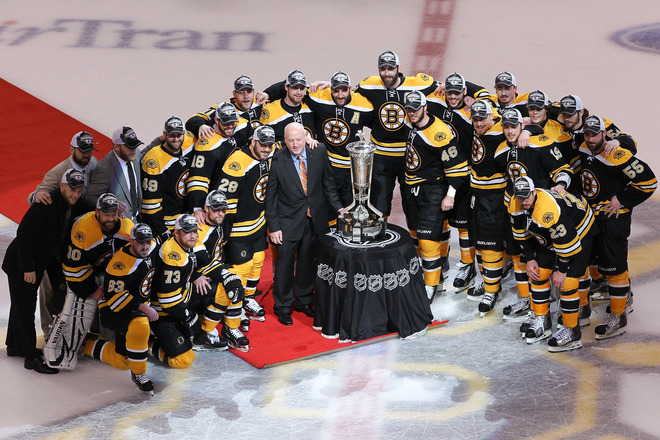 This was quite the back and forth series as both teams received stellar and porous goaltending, from the same guys. Dwayne Roloson showed some serious signs of fatigue as he had carried Tampa through the first two rounds. He was pulled and replaced by Mike Smith. Smith kept the Bolts alive and ultimately it was the inability to score that killed Tampa, not goaltending. However, a few key saves would have closed the series in six, maybe even five games for Tampa.

Boston saw some similar struggles from Tim Thomas, he didn’t show Vezina form for about half of the series. However, his pair of shutouts were what won the series for the Bruins. Boston also managed to find some luck when Sean Bergenheim went down. Without him the Bolts’ attack was crippled and the Bruins were able to focus their line matching to a smaller group. Don’t forget Nathan Horton’s effect on the series. He showed up at big times and scored the series clinching goal, even though he probably should have watched from the press box. Turning point: Nathan Horton’s lack of a suspension after throwing a water bottle at a fan. He shouldn’t have played, bottom line. But he did and he made a serious impact on the outcome. MVP: Tim Thomas. His stats weren’t stellar but he had two shutouts and was outstanding in game seven. He was the difference maker he needed to be.

Vancouver continued to steamroll through the Stanley Cup Playoffs as they beat up on San Jose. The Sharks were expected to put up a fight against the Canucks. Some even thought the Sharks would pull the upset. However, Vancouver’s 7-3 win in game three squashed any doubters that remained. The Canucks’ power play was resurrected and Ryan Kesler continued to cement his Conn Smythe resume with a huge series. Not to mention, the Sedin twins woke up as well.

Vancouver didn’t show too many weak points in this series. They just missed pulling a big comeback in their only loss, a 4-3 defeat in game three. Most of the players they need to play big have been playing big. If that continues the Canucks could be in a good place to win the Cup. Turning point: Vancouver’s power play domination in game four. The Canucks rolled up three quick goals and hammered away any hopes the Sharks had of staying alive in the series. MVP: Ryan Kesler. The All-American Hero only had two goals and an assist but he tied game five with under 20 seconds and he did it all on one leg. The Sedins were equally good. They combined for about 133 points in five games and were probably the two best players in the series. Kesler gets my pick just because he was so influential for the Canucks victory.

By going two for two I improved to 10/14 in the playoffs. With one series to go I am pretty happy with my .700 winning percentage. I am also looking forward to the Finals, I have really high hopes for a stellar series to cap a great playoff year.